And thanks for reading!  This is week 5 in the series relating to the psychology of the business, particularly as it relates to auditions and booking work and we will be exploring booking jobs By the Numbers

I mentioned it before 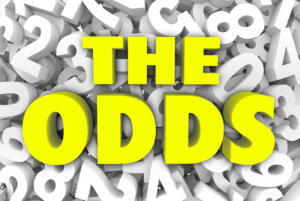 I did mention this before, but it bears repeating: The odds of you becoming a famous uber wealthy actor are very slim.  About .01% to be exact (after rounding up).  So, I’ll just say this again for those people in the back (or who haven’t read the earlier post):  If you are an actor because you want to be rich and famous you are doing it for the wrong reason.  So, with that reminder in mind, let’s take a look at some of the numbers.

At present, there are roughly 63,000 union actors and just 56 of them are famous.  That’s where I came up with the .01% number. For those of you good at math, you’ll notice that the ACTUAL number is (56/63,000 X 100) .08888889%…you can see why I rounded up.  Since the actual number of available SAG actors and famous people fluctuates, it’s a good representation…and even if not TOTALLY accurate, it illustrates the point.

Of course, there are a LOT more actors out there than the ones in the Union.  Tens (if not hundreds) of thousands.  Odds are, you are one of them. The thing is, no one is tracking how many of you there are, and the pool is probably a bit more fluid (see what I did there?  Pool/fluid) than union actors.  Suffice it to say that in reality your odds are MUCH smaller than .01%.

That sets the stage (I did it again “Acting/Stage”) 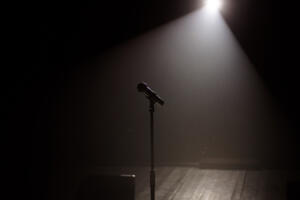 So, the previous two paragraphs are just to set the stage, and manage expectations, about an acting career.  It really is something you need to love doing, because it’s not a real path to wealth, unless you are both talented and very lucky.  And by the way – nearly all of the famous actors you know of will tell you that their fame is in large part due to luck.

But it’s not all about fame

In reality, a reasonable goal is not to be famous, but to work enough to support yourself.  That goal is completely reachable if you are willing to put in the work.  Between training/coaching, auditioning and actually working…it is a LOT of work.  This career is not for people who don’t want to put in a lot of effort.

On to the numbers!

I know, it took me a while to get here, but now let’s take a look at the numbers.  I’m going to cite screen and stage acting numbers here, mainly because I can find those numbers; they are similar for voice acting.

How many open roles are there?

What I can’t find, are numbers for the average number of open roles on any given day, however one online casting site, backstage.com, advertises around 12,500 open roles.  To be clear, this one site does not list every available acting job across the US (I am concentrating on US numbers, but the proportions will be similar no matter where you are), so there are a LOT more actually.  We know there are more than 12,500, but just to make the numbers easier let’s assume there are ~25,000 open roles on a given day.  With hundreds of thousands of actors, that would seem to make the numbers pretty good!

A given actor is going to be submitting for multiples of those roles, so it is not a one-for-one sort of thing.  It is estimated that for any given role a casting director can expect to receive anywhere from 200-2500 submissions!  Let’s take a nice round number and assume, on average, there are 1000 submissions for each role. Generally, there are about 20 audition “slots” (if you will) so only 20 of the 1000 submissions will be asked to audition.  That’s 2%.  You have a 98% chance of not getting cast before you ever audition!

I know I said luck was a big factor, and it is – you have to be in the right place at the right time with the right role on a production that becomes very popular.  The truth is, though, you also have to have talent.  Now, the thing is;  talent is a subjective quality, so “Talent is in the eyes of the beholder” and all that.  NEWSFLASH – Not everyone who submits, or auditions has talent.  Sorry, it’s just a fact.  But then, the most talented actor doesn’t always get the job either, so there IS that.

On top of that…

It’s possible you have a lot of talent, but just aren’t “right” for a given role.  I had the good fortune to be a reader for virtual auditions on a local production.  So I was the person reading across from the person auditioning. I saw a lot of really talented actors but many of them, even though they fit the SPEC, just didn’t fit the role for one reason or another.  It was eye opening! There are way more reasons why you may NOT be cast, then there are why you MAY be cast.

DO NOT BE DISCOURAGED

All of this paints a pretty glum picture of an acting career, but it is not meant to be discouraging.  Actually, it’s pretty ENcouraging.  With numbers like these, it’s no WONDER you Aren’t Getting the F*&^ing Job!  Odds are, it has nothing to do with your talent, level of commitment, performance, or personality.  Most of casting decisions are based on things completely out of the actor’s control.  So, relax, and keep on moving forward.

I wouldn’t pay TOO much attention to this, but it is something you should be aware of.  A booking ratio is the ratio between auditions and bookings.  You can track the ration of submissions to auditions as well, but in my opinion, it is a waste of time.  Agents and managers use your booking ratio to determine whether to continue representing you, and you should be aware of yours.  If you book (on average) 1 out of every 10 auditions, your booking ratio is 1:10 (which, BTW, is an absolutely astoundingly good ratio!).  For you as the actor, knowing your booking ratio should help you decide what training you need and what you need to work on. Maybe you just need help with auditioning!  Auditioning is, in many way, different than the actual job.  Training, and honing your craft, is the one thing that is IN your control, so control it!

And here is the rub

As you can see just by the numbers, You’re Not Getting the F*&^ing Job.  The vast majority of casting decisions are based on things completely out of the actor’s control, so you just can’t obsess over why you didn’t book a job.  It could be as mundane as you have the wrong eye color.  You’ll never know.

Remembering that is freeing 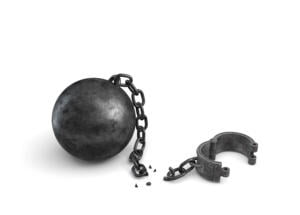 It’s liberating to understand that, going in, your odds of booking a given role are small (and it’s probably not due to something you can control).  Knowing this allows you to relax and just worry about doing your very best to portray the character, to make bold choices and be as creative as you can when you audition.  The knowledge releases the anxiety about auditioning and stops you from obsessing over every un-booked gig.

And the big reveal?

Relax, have fun, submit/audition and then move on.  Auditioning IS the job…and sometimes people give us money.  Send it and forget it.  And remember: You’re not getting the f*&^ing job anyway, so enjoy yourself!