Several new subscribers have joined us again this week and I want to thank you for subscribing and welcome you!  Thanks for joining!

With this week’s topic “Reputations are built over a lifetime”.

Nearly everyone has heard of Will Rogers.  He was an entertainer in the early 20th century.  He was probably best known at the time as a humorous social commentator and what he has to say about reputations is this: “It takes a lifetime to build a good reputation, but you can lose it in a minute”.  It’s not humorous, but it is Oh, so true.

What is a reputation? 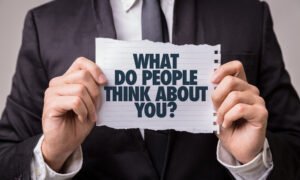 We all know what a reputation is, right?  Well, for those who may be wondering if their understanding is right, a quick check with Dictionary.com tells me that reputation is defined as:

Whether you like it or not, you HAVE a reputation.  Maybe you know what it is, or maybe you don’t…but since your reputation is about how other people view you, or their opinion about you, unless people are telling you there is a fair chance you don’t know what your reputation is.  It may or may NOT be how you see yourself, and some of us may be surprised by other people’s opinions of us. 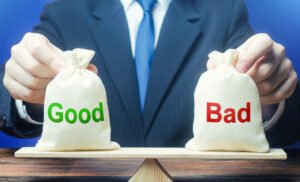 Of course, everyone would like to have a good reputation, but reputations can be good OR bad.  There is an idiom that began in the mid 1900’s and is widely used today: Your reputation precedes you.  Simply stated it means that someone has already heard about you from others, so they have set expectations based on what they’ve heard.  Today, it is used lightheartedly, but it can mean they’ve heard either good things about you or bad.

Overcoming or living up to it

You can manage your reputation

Companies do it all the time.  As a matter of fact, there is an entire industry around reputation management.  So, you can pay someone a bunch of money to help you build a solid reputation, or you can do it yourself based on how you act and how you present yourself to the world.  Either way, it takes TIME to establish a reputation and work to maintain it.

It takes a lifetime

Perhaps I think about things differently than most, but the idea that it “takes a lifetime” to build a reputation, while technically true, is a bit misleading.  What if you are 15 years old?  Can you have a reputation?  Of course!  So, it takes whatever lifetime you have lived, up to today, to build that reputation!  Your reputation is built one moment, one action, at a time for however long you’ve been alive so far. Because of this, you CAN, over time, reverse a bad reputation and turn it into a good one.

I’ve said it before, many times, but as an actor, VO artist or comedian, relationships can make all the difference in your career.  Honestly, my experience is that relationship trumps talent (but only slightly).  It’s true on almost any industry, who you know is more important than what you know, but it seems in this industry that’s true on steroids.  Knowing the right people opens doors that might not otherwise be opened for you.  You’ve got to back that up with talent, to be sure, but the opportunities are behind doors that have gatekeepers.

Why would someone want to know you?

You can probably come up with a list of industry professionals you’d like to know pretty easily.  People who might be able to help move your career along a little faster than it might be now.   But ask yourself why those people might want to know YOU?  Do you have a good reputation in the industry?  Are you the person who is always on time, always willing to work harder or later without complaining?  Are you the person always looking for how someone else can help you, and not focused on how you can help them?  You may be unwittingly creating a bad reputation for yourself.

If you are focused on building and maintaining a good reputation, you must be intentional.  Make sure your words and actions are such that people are eager to know and work with you.  A carpenter would say “measure twice, cut once” and I submit that as a VO artist or actor it is incumbent on you to “think twice, act once”.

A word about social media

Today, social media is a tool we can use to connect and build relationships with people we wouldn’t have had the chance to connect with several decades ago.  It’s a great tool, but you must wield it carefully.  The problem with social media is it has permanence.  It’s common practice to google people you are about to meet to see what kind of person they are…and social media is one place to look.  It’s not hard to find someone notable whose career has been ruined by a decades old social media post!  Your social media presence is building a reputation for you whether you want it to or not.

Never say anything you wouldn’t say to your grandmother

It’s a good rule of thumb to just never post anything you wouldn’t want you grandmother (or parents, or boss, or SO) to see.  We used to say in the Navy: “Be careful what you say today, because tomorrow it’ll be REF A (REF A would be the reference for some correspondence).  In other words, it seems the dumb things you say tend to get remembered longer than the not dumb things. 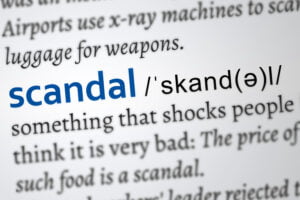 When it comes to your reputation, you need to be ever vigilant.  Another fun navy saying was: “One Aww-sh*t wipes out a thousand atta-boys”.  You can spend years establishing and maintaining a good reputation, only to have one mistake completely demolish it.  It doesn’t even have to be something current; it can be something you said or did years ago that comes to light…and it doesn’t have to be on the grand scale of the things Bill Cosby did. Be ever mindful, and intentional, with your reputation.

Here is how to build a good reputation

The biggest thing you can do in this industry to build a good reputation is this:  Instead of always trying to figure out how other people can help you, find the ways that you can help them.  Always be on time, and prepared.  Don’t argue with the producers or directors.  It’s OK, to have an artistic opinion, and voice it, but if it gets shot down, don’t argue.  Be the person who is easy to work with, professional and not contradictory.  If you have even a shred of talent, people will want to hire you because your focus is on THEM and how you are helping them achieve their goals with a project.

Reputations are built over a lifetime.  But they are also ruined in the blink of an eye. Your reputation precedes you, so keep an eye on yours and you’ll work a lot more often!