With this week’s topic “Never Gloat”.

It’s a word almost all of us are familiar with, but do we really know what it means?  Many of us (myself included until just a few minutes ago) think of gloating as bragging about accomplishments or “lording” successes over someone.  So much so, that googling “Why do people gloat?” results in the first page of results being all about bragging, and actual discussions of gloating are few and far between.

Note the italicized word “malicious”. This is what sets gloating apart from bragging.

Yeah, bragging is not cool either. It’s related to gloating, I suppose, but bragging is not malicious.  Bragging is you tooting your own horn, and boastfully proclaiming your accomplishments or successes.  Nobody like a braggart either, but their one saving grace is a lack of malice.  Brag if you must (hey we all do from time to time I suppose) and people will get tired of hearing you, but they are not likely to despise you for it.

Gloating is not bragging

Gloating is taking pleasure from others mistakes or problems.  You can dress it up like bragging if what happened makes you “right” while they were “wrong”, but it’s not bragging at all.  In German, the word for gloating is schadenfreude.  This is a compound word made up of two German words.  Schaden which means “damage” or “harm,” and Freude, meaning “joy”.  Literally, schadenfreude means joy over some harm or misfortune suffered by another.  Again, Merriam-Webster defines schadenfreude as:

Interestingly, we tend to feel compassion for people who are unfortunate and have issues due to circumstances out of their control.  We gloat when we feel that the person has some responsibility in their problems.  We especially gloat when a person brags about what they’ve done, and it ends in a bad result.  We enjoy seeing someone who is “too big for their britches” get “knocked down a peg” or who are “put in their place”, especially if it makes them look silly or dumb.

It’s happened to everyone

Or nearly everyone I believe.  We’ve pretty much all been in a position where we did something others warned us against, thinking we could make it work, and ultimately realized it was a mistake.  We’ve all had that “I told you so” discussion with friends or family (ESPECIALLY parents), and it is not fun.

It’s bad enough that we failed, it compounds the issue when people around you, especially people who purport to care about you, rub it in and are happy that things didn’t work out.  If you can remember how those made you feel, you may be less likely to make someone else feel that way. 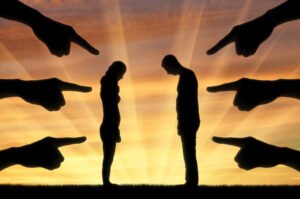 Work MAY be the place that most gloating occurs!  Ever had a colleague who took credit for your ideas, who was later embarrassed when found out?  Feel happy about that?  That’s gloating.  Had a supervisor who wanted to try something you told them wasn’t going to work that later failed just like you told them it would?  Also gloating.

In some ways, it’s understandable

It’s pretty natural to feel vindicated when things like this happen. After all, you TRIED to warn them!  But here’s the thing:  They already feel bad (or stupid) abut the failure.  We are our own worst critics after all.  Constant reminders and jokes about the failure are just not helpful.

A side effect of gloating

Gloating makes you look petty.  It leads to other people around you not trusting you and assuming you will stab them in the back given an opportunity.  Gloating, rather than making you look smart, tends to isolate you when you do it often enough.  In this age of CORONA, where we are all pretty isolated already, that’s the last thing anyone needs.

The antidote to gloating

How do you stop yourself from feeling joy at other people’s troubles?  Empathy and compassion.  Instead of celebrating a failure, take some time to listen and understand what led to the failure.  What were they thinking?  Why did they feel whatever they did would work?  Listen until you can empathically understand what led to the mistake, but don’t try to “fix it” …just listen.  Try to remember how YOU felt when you made a big blunder, and understand they probably feel the same way.  Along the way, let them know they still have value, even if it doesn’t feel that way to them in the moment.

In this industry, there are myriad opportunities for gloating.  In an industry with so much rejection and where performers are almost constantly told to “make bold choices” it’s inevitable.  Two people audition for the same casting, one makes a very bold choice and the other gets the role.  It’s easy to say “Why did you do it that way?” and “Look my way got me the part”.

An even worse situation, and we see it played out in entertainment news and awards shows all the time, someone GOT the part but played it in a way that did not resonate.  “What were they thinking” headlines are everywhere, and it cannot feel good to the performer to be called out in front of the entire world.

You never really know why you didn’t get cast.  Sure, it COULD be your performance, but it is just as likely that:

The truth is, aside from a bad performance, there are 1000 reasons why you may not have been selected for a job.  Odds are you just didn’t fit whatever the casting director, producer or director envisioned for the part.  Gloating when you get it is unproductive, and MAY cause hard feelings that affect you later in your career.

My navy boss used to say

I’ll never forget what one of my Chief’s in the navy used to say: “Be careful what toes you step on while climbing the ladder.  They may be attached to the a** you have to kiss in the future”.  That was true then, and it’s true now.  Gloating, taking pleasure in other’s failures, creates enemies out of the very people you may be relying on for future work.

Look, I get it.  No one likes a braggart or someone who is arrogant or pompous.  It’s almost natural to celebrate when people like this fail.  But here’s the thing: while no one likes a braggart, everyone despises someone who gloats.  In an industry that relies so heavily on relationship to succeed, it is against your best interest to gloat, even if you secretly think they “got what they deserved”.  One day, you’ll get what YOU deserve, and you just won’t want other people gloating about it.

Instead of feeling superior and celebrating other people’s failures, how about celebrating their wins instead?  Personally, if I am competing with another person for a VO or Acting gig and they get it, I am genuinely happy for them.  I understand this is a process of selection, not rejection, and there is another gig around the corner I may be perfect for.  Don’t be the guy celebrating peoples failures…NEVER GLOAT! 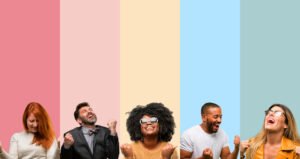 If you are looking for your next great non-fiction read, check out this New Year Non-Fiction giveaway.  Please feel free to share this link with anyone of your contacts!