With this week’s topic “Keep your word”.

We all make promises, big ones, and small ones alike.  Many are implicit, but some are just implied. In this post, related to this post, we’ll talk a bit about why it’s important to keep your word.

We all know inherently that keeping your word is important.  It feeds one of the basic building blocks of relationships: trust.  Since I’ve said repeatedly that this industry is one of relationship, trust must be a huge part of it.

Back in the day…

Back when I was a kid my grandmother, who was definitely way smarter than she let on, used to tell me “You are only as good as your word”.  I didn’t quite understand, and she passed when I was in my early teens, but it’s something I remember today.  There was a saying back then that I don’t hear much anymore too:  My word is my bond.  No, not James Bond, bond like a surety or guarantee.

Giving your word on something is like a verbal contract.  Sometimes, it IS a legally binding contract, believe it or not. In today’s overly litigious society, we’ve gotten away from verbal (or handshake) agreements and traded them for overly wordy contract documents that try to cover every eventuality.  But even in just the last couple decades some pretty big deals were made with a handshake.

Believe it or not, over the last couple decades some pretty big deals were done, not in a law office pouring over reams of paper, but in unlikely locations sealed over a handshake!  In 2013 Verizon and Vodaphone merged in a $130 billion (yeah, with a B) deal in a hotel lobby with a handshake.  The 161 day NBA lockout in 2011?  That’s right, it ended with just a handshake allowing the 2012 season to commence just 17 days later. 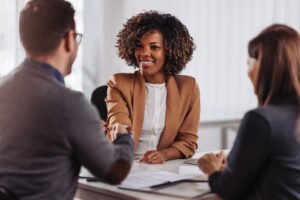 These huge deals mentioned above, of course, followed up the handshake with a contract, to make sure all the details were captured properly, but the deals themselves were made based on the word of the negotiating parties.  Without the reputation for keeping their word, without trust, these deals could not have been made this way.

First, I apologize for using such a dirty word in this post.  I know it’s a family blog, sorry.  It’s common knowledge these days that politicians make promises on the campaign trail that rarely get fulfilled.  But politics weren’t always like that.  While this “design flaw” in our political system (yeah, I know it’s only ONE of the flaws) has led to a general mistrust in government and politicians specifically, at one point at least President Kennedy thought keeping your word was important when he said: “I would rather be accused of breaking precedents than breaking promises”. 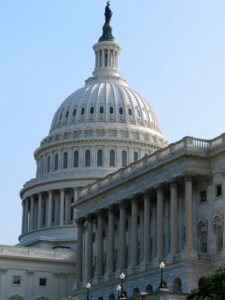 Why do we sometimes not keep our word?

There are many reasons why we might not keep our word.  Not the least of which is we make promises to “get” something we want, without considering the amount of commitment we are making. Something like your teenager promising to take care of the dog/cat/turtle…whichever pet…without realizing just how much work that means.  We mostly have good intentions but overcommit and then don’t have time or energy to follow through.

Maybe we forget what we’ve agreed to do, or we may not even know we’ve made an agreement (Perhaps we should practice listening?).  Sometimes we agree to do something we never had any intention of doing, just to get someone to “go away” and “leave us alone”.  Or maybe, we intend to follow through, but some shiny new object comes along that takes our attention away.  None of these are good reasons to fail to keep your word!

So, it happens to all of us.  We make a commitment, a promise, and when the time comes to follow through some circumstance has arisen that prevents us from doing it, or makes it much more difficult than when we agreed to do it.  So, what do you do?  Renegotiate! 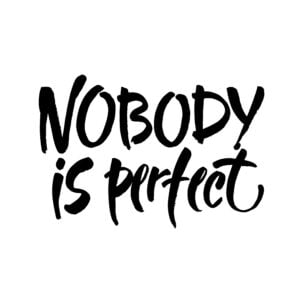 Even if you have a written contract

Just to be clear, I am lumping VO, Stage and Screen Acting all together and terming them “The Entertainment Industry” for this discussion.  What I am about to say applies equally to all of these.

The entertainment industry can be a pretty cutthroat place to work.  There, I said it.  While the people I’ve met in the industry are all helpful, friendly and encouraging, it stands to reason that 3 million people competing for 100,000 jobs can create some tough times.  Because of that, being true to your word becomes even more important.

Your reputation precedes you

As large as it is, the industry is a small world.  If you work in the industry for very long, you are going to work with many of the same people over and over again.  It’s a microcosm of the world.  Establishing yourself as someone who keeps their word and follows through on commitments is going to keep doors open that would slam shut if the opposite were true. It’s a small world, and word gets around.

Even being the type of person who works very hard to make sure that you are keeping your word doesn’t stop things from happening to block (or make very difficult) your ability to do so.  What follows is a recent example from my career.

I signed a contract

I was cast in a role that I really wanted, for a production that is a lot of fun to work on.  YAY!  The contract was negotiated and signed months before commencement of production, and in between we have completed a table read and a blocking rehearsal. Production is scheduled and everyone has agreed.

Then, I was submitted for another role

Only this role is a HUGE production (can’t really discuss it yet, and nothing is final anyway) with A list actors, writers, producers, and directors.  You’d recognize all of them. Against all odds, I was asked to audition.  How exciting, right?  And then against even BIGGER odds, my audition was provided to the producer and director as one of the CD’s picks to be cast.  WOW!

What’s the problem there?

Right!?  That doesn’t seem like a problem, that’s a (potentially) huge opportunity!  Except, the big production is filming smack in the middle of the other one.  Of course.

Well, the first step of course was to let the new production know there was a potential conflict.  That could be a reason not to cast me, which is a bummer, but a commitment is a commitment.  The next step was to let the producer of the earlier project know of the opportunity and discuss if there was any leeway in scheduling.  It’s scary because it could mean losing both gigs.

Well, nothing yet, really.  The larger production hasn’t made their casting decisions so there could be no issue at all.  The real result though, is by having the discussion with the producer of the already booked gig we were able to discuss how we might be able to continue should I book the bigger gig. At the end of the day, communicating conflicts and having the discussion with the producer allows me not only to maintain an open opportunity, but to find a way to honor commitments I’ve already made.

But what REALLY happened?

Really what happened is it established me as someone who takes their commitments seriously.  This is good for both productions and the decision makers for each.  My present producer knows he can count on me to honor my commitments, and it ALSO tells the larger production I won’t just cut and run when something better comes along.  While it may prevent them from casting me in this role, it may well be a reason I stand out for another role or a future production.

In a way, this is win-win

It may not be immediately gratifying, since I could lose out on an enormous opportunity, but in the long run it helps to establish me as someone whose “word is their bond”.  As I’ve said many, many times, this industry is built on a foundation of relationships, and relationships are built on trust.  It doesn’t happen overnight, but having a good reputation means more opportunities in the future.  Keep your word!

P.S. If you are looking for your next great Non-Fiction read, head on over to April’s promotion at  “Knowledge in Time” and check out some great content!