And thanks for reading!  This week let’s talk about some common misconceptions about acting. 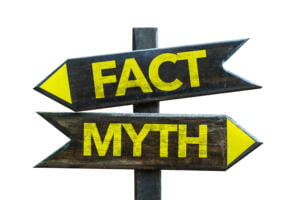 When you’re nestled on your couch watching television, or riding in your car listening to the radio and that hilarious commercial comes on…you think: What a life.  I could do that! (NOTE: you probably could). We see the glitz and glamour of a Hollywood premier, we watch award shows, read the tabloids and learn about the millions of dollars actors make.  We envy those people…but should we?

No, not your situation, the band.  Have you heard their song “Money For Nothing” from their “Brothers In Arms” album?  It’s an 80’s “Classic Rock” song (and I hate that because it makes me feel old). If you are young and haven’t heard it click the link and you can.  TRIGGER WARNING: The song contains some language that was commonly used in the 80’s but which is rightfully no longer fashionable.

The song was a hit, of course, but do you know the origin? It’s fun.  One of the band members was in a store in NYC where a wall of TV’s was playing MTV.  He overheard one of the delivery people talking about how easy the life of a famous musician was and many of the lyrics are direct quotes from that guy (Pretty sure he is uncredited though…which could be a problem).  It caught this musician’s attention because it is such a huge misconception, and he wrote the lyrics right there in the store, later setting it to music.

This isn’t about musicians

Acting is easy to get into

OK, in some ways this is true. You want to be an actor?  Start submitting for acting jobs; VOILÀ, you’re an actor.  Then start taking classes, get professional head shots, draft a resume, take more classes, find an agent, buy, set up and learn how to use the equipment you need, take more classes, start an LLC (it IS a business after all), hire an accountant to keep track of all the admin crap for taxes and insurance, take more classes…you get the idea.  Starting to act is easy – it is simply a decision you make – becoming a working actor who gets paid for their efforts is a lot of work.

I admit, at one time I thought this very thing.  Then I started acting.  Newsflash, it’s not; acting is hard work (but still fun…it’s a real dichotomy).  What you see or hear as a member of the audience is just the tip of the iceberg.  What you DON’T see is:

And this is just a touch of what you don’t see or hear.  There is also years of training and days/weeks/months of submitting and auditioning…on top of working a survival job to pay the bills between gigs.

Actors make a ton of money 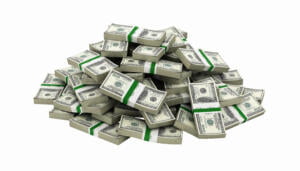 Some actually do!  Most actually don’t. According to the Bureau of Labor Statistics, actors earn a median hourly wage of $23.48 as of May 2021. The lowest earning 10 percent made less than $11.16 an hour — not even as much as an average fast-food cook ($12.07).  Combine that with the fact that there are potentially long periods of unemployment between gigs, the cost for all those classes and head shots (and if you are lucky enough to have an agent, sharing 10-20 percent with them) and VOILÀ, you’re a starving artist. If you are acting for the money – quit now while you’re ahead.

You have to be attractive

It’s sad but true that attractiveness provides an advantage in any profession. If you don’t believe me, Google it, there are a number of scientific studies that confirm this.  So, pretty people have an advantage…but there are certainly plenty of roles for…what, unattractive people?  Let’s call them regular people.  People like me – and probably you.  Look around…most people look normal…which is probably why “attractive people” stand out.  Obviously for VO what you look like matters less than how you sound, but even in TV and movies pay attention to how many “normal” people there are.  I especially hate this misconception because what is attractive to me may not be attractive to you and vice versa.  So, take this one with a grain of salt.

You have to be young

Well, if THAT were true, I’m screwed.  You see, without a ton of very expensive makeup and prosthetics a 25-year-old person is not going to be able to play the 80-year-old person in a nursing home, or the jovial grandpa…or even the long-standing politician.  The truth is that there are roles for people of every age. Honestly, I personally find that there is ALSO a lot less competition in my age group, probably because most people believe this misconception. So, go ahead and keep believing this one so I have a better chance to book roles.

The best actor always gets the job

This one may be partially true in that the best actor who submitted and auditioned and who fits the look/character for the role and who is available during production dates usually gets the job. See the last paragraph for an example: If the 25-year-old actor is a better actor than the 80-year-old actor…they are not getting the role of 80-year-old nursing home patient.  Yes, it is important to train and practice and hone the craft of acting to become the best actor you can become.  Just remember that even the best actor cannot fit every character.

Any agent is better than no agent

Anyone who has been acting for much more than a couple weeks can tell you this is false.  It’s false for several reasons, one of which is that if your agent is not a good agent; they have few industry contacts, are not liked by many casting directors, or just don’t hustle and market you strongly enough…they are not going to book you work.  All agents are not created equal, so do your research and make sure you sign with a good agent if you sign with one at all. On top of that, there is a misconception built into this misconception that once you have an agent you can stop hustling for work on your own. I have 4 agents and the majority of the work I book I find on my own.  I’m not saying my agents are bad, they are not, and I love them, but they have multiple actors to worry about and I only have one.  I can concentrate on me like they cannot.

So, there you have it!

Six common misconceptions about acting that both non-actors and new actors (I hate the word aspiring) actors believe that are simply not true (or are only partially true in some circumstances).  Don’t let these common misconceptions keep you from pursuing your drams. So, take the classes, submit for the work and above all: KEEP HUSTLING no matter where you are in your career.

If you haven’t already, please feel free to subscribe so you don’t miss anything – and as a thank you receive a free copy of my E-Book: Everything You Ever Wanted to Know About getting Started in Voice Over but Didn’t Know Who to Ask!